How do You Play Roblox?

Well, what is Roblox? Roblox is a huge multiplayer online gaming platform where you can get creative, build things and play with friends. Roblox is also giving away something free currently and I will also be explaining the top 6 Roblox games your kids should be playing right now! More on these 2 crucial things later on the post.

Apart from Beyblades and Geometry dash that I have shared with you, another video game we also enjoy playing at home is Roblox.

You can download Roblox on any platform including Xbox one, Android, PC, Mac, iOS and Amazon Devices but not ALL Roblox games are available on all of these platforms. Now onto how to play Roblox…

I will be explaining 4 ways you can play Roblox here – Computer, Xbox, Mobile and downloading from the Amazon appstore free. I will also explain my top 4 Roblox games for kids and the benefits of playing Roblox. So lets dive in…

How to get Roblox and Play Roblox on Computer

First, if you don’t have an account, you would need to head to Roblox website, create an account and log in. Some links will be made available to you at the top of the page, just like the image below. Those would help you explore cool features that the platform has to offer. Now let me explain the Games, Catalog, Create and Robux tabs below.

Games: the games tab lets you see all the games that are available to you. These games were created by Roblox developers. Several games have been created here so you can just click on a game, read the brief description and stats to see what that particular game is about, play and have fun!

Catalog: the catalog tab reveals to you items you can buy with robuks (roblox virtual currency). Items range from hats to different accessories and gear.

Create: the create tab, as the name implies lets you produce fresh content and manage them.

Robux: the robux tab lets you buy robux which is the game’s online currency.

Once you are signed in, you have many options of games to play. Well, because there are millions of Roblox games!

When you first click on a Roblox game just as in the image right above, and you press play, it will ask you to download roblox and you pretty much need to do everything it says.

Once you’ve done that and you press on play again, you will load into the Roblox game.

Once you get in, use W, A, S, D or the arrow keys to move around. (I recommend using the arrow keys if you’re a beginner) Which ever one you choose, we will call them your “moving keys”.

In some games, you hold shift while using your moving keys to move around really quickly. If you don’t want your character to change the direction they are facing, you can go to the settings and the first option will be “shift lock switch”.

To give you an idea of what Roblox is all about, here’s a video from our YouTube channel!

How to Play Roblox On Mobile devices

For mobile devices, you install Roblox with play store (android devices) or the app store (for apple devices), then you open Roblox. The next thing you do is sign in or log in then you would click on Roblox game and then press play. Then move around by dragging the left side of the screen with the dot. 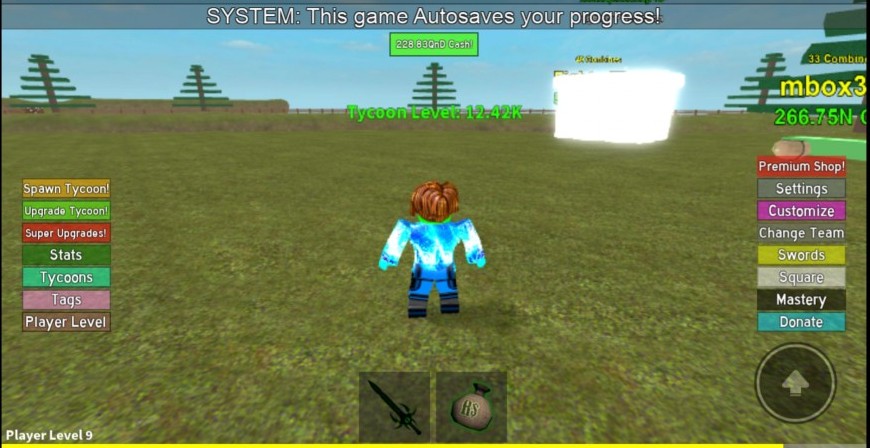 For consoles you install Roblox from the store and sign up, log in, then click on a Roblox game and enter a server and then use the left stick to move around! Here’s a games view on Xbox: 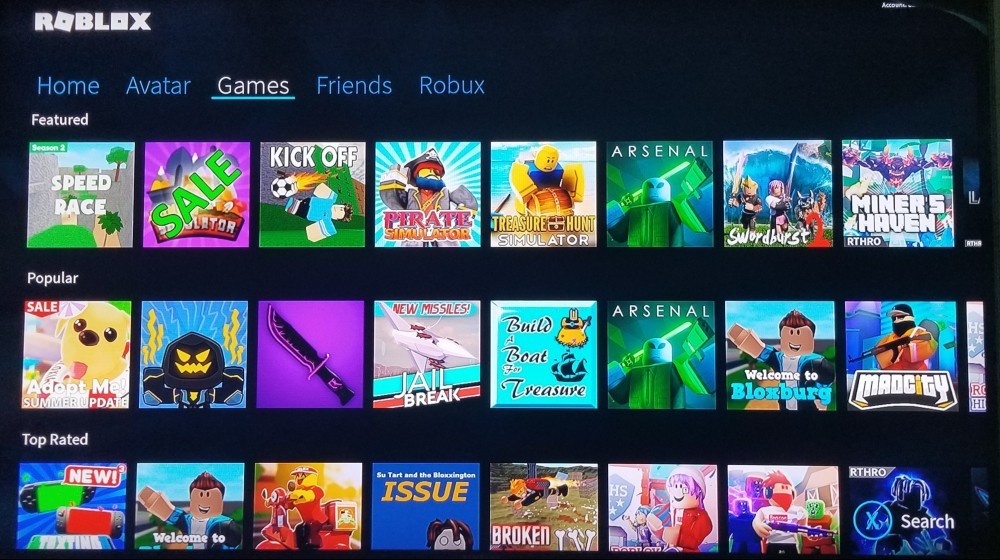 Get Roblox from the Amazon Appstore

The Top 6 Roblox Games I Recommend for Kids

The first games I recommend kids play after they’ve created an account are as follows:

1. Work at a Pizza Place 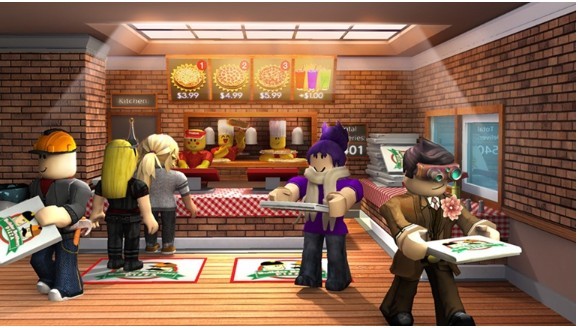 Work at a Pizza Place is a very good and popular game because there are many jobs available for you at a pizza place including Cashier, Cook, and Delivery. When you first join the game then you can select your job, work and get paid! Not real money though…just a currency you would use in Work at a Pizza Place. It’s a great game for kids! 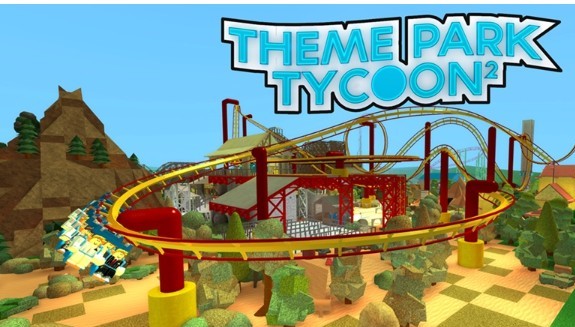 Theme Park Tycoon 2 is a great game because it’s about building your own theme park from scratch and becoming rich! You start off small and end up big by building roller coasters and amusement rides. As coded guests (Not real players) come to your park they will pay you (Not real money) to go on your rides, you can slowly become more popular until you’re the richest in Roblox!!! 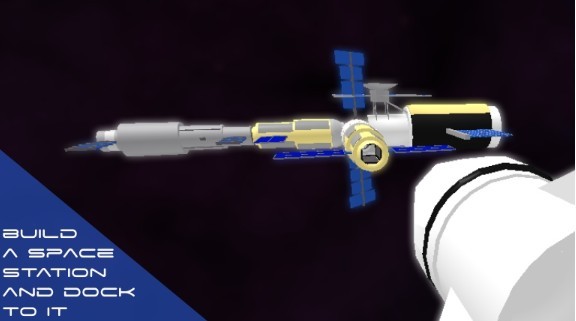 Rocket Tester may not be as popular as the other games on this list but it’s definitely as fun! You start off with small rockets and by launching them successfully, you get research points and when you have lots and lots of research points, you can even explore the Solar System with giant rockets with your friends! Cool right? This one is great for kids too. 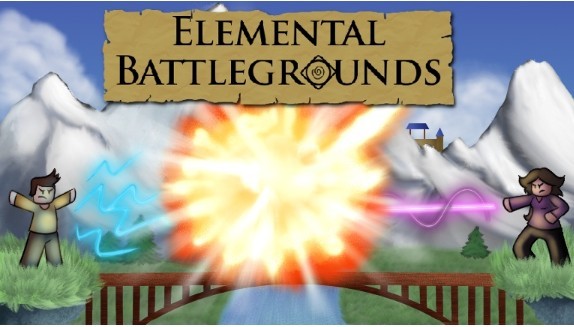 This game is on this list because it explains how to play the game really well the first time! It’s about fighting but not physically. If your child enjoys Lego Ninjago, then they would enjoy playing this type of roblox game. You fight with elements such as fire, water, earth, lava, aurora, space, sound, light, illusion, darkness, Phoenix, gravity, rebirth to mention a few. This one is also good for kids. The main point is to destroy other players using elements like the ones I just mentioned above. You destroy other players with the aid of elements and you automatically get the shards and diamonds (currencies for elemental battlegrounds) but the other player doesn’t loose the shards and diamonds that they originally had. 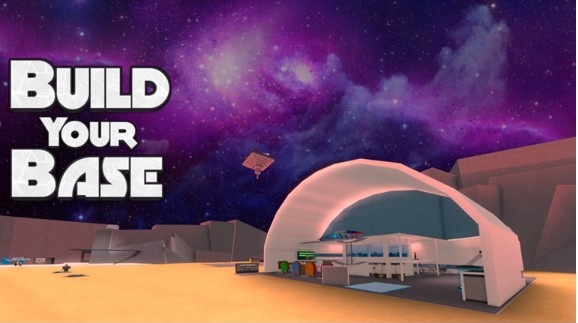 This is a tycoon where where you have spawn clones to destroy other players and then you can receive more money to upgrade all of your clones’ stats and spawn more clones! 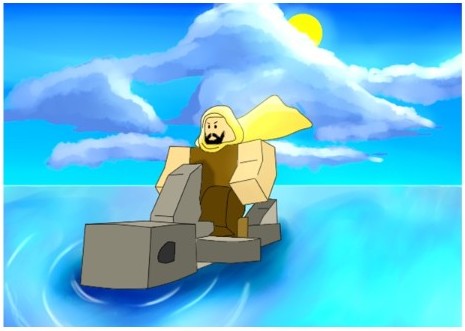 This game is so awesome because it is so realistic. If your child likes Minecraft, then they would enjoy this type of Roblox game. There are different tribes and you craft items like axes and pickaxes and destroy things like trees and Gold and with those resources, you can craft better armor, tools, and more! It is possible to destroy other players from different tribes with weapons in this game but that’s not the main point of the game and no blood appears when you do so and that’s why the game’s family friendly!!!

Other Iconic Games on Roblox

Other great games on Roblox that I think are great for older kids include Phantom Forces, Jailbreak and Counter Blox, Dungeon Quest but there are also many other cool games to discover in Roblox as well.

Why Roblox is a Fun Game to Play

Here are some good reasons why I think Roblox is fun:

The number 1 thing is that Roblox is free to play. On the other hand, in order to make the game super fun players can use real money to buy Roblox virtual currency called Robux. This Robux can then be used to buy accessories for your avatar or upgrade your game.

You can also buy membership although this is optional and is referred to as “Builders Club” membership. This gives you extra add-ons and also gives you Robux stipend daily.

Roblox was released in 2006 and in 2007 became compliant with the Children’s Online Privacy Protection Act of 1988 (COPPA) a U.S Federal law.

Create Your Own Games

Players can design and create their own games in different categories whilst doing so in a safe environment. Whether it is designing a theme park or designing a superhero game, you can use your imagination to design any kind of game in Roblox! Players who develop games can also make real money.

Roblox is a multiplayer gaming platform. You can play with your friends on computers, Xbox One, tablets and Phones in several games.

You are able to customize Avatars by dressing them up however you want – in hats, gear, shirts, pants and so on.

Roblox, an online gaming platform was developed by David Baszucki and Eric Cassel and released in 2006. The following year, Roblox became compliant with COPPA – The U.S Childrens online Privacy Protection Act, 1988. This was due to the fact that a safe chat was added to the platform. The safe chat provides children under 13 years of age with limited communication such that they are only able to choose messages that have already been created from the menu.

The company has since grown to the extent that it hit 100 million users world wide and to celebrate they are giving away a free goldrow to its users. You can get yours here before its all gone!

Now, “How do you Play Roblox?” I believe I have answered the question with this post. Roblox is becoming one of the top video games out there. Fun to play and you can even team up with friends and family online and have fun together. Kids can take Roblox to the next level by playing with their favorite Roblox playset.

In my opinion, I feel a good age to start playing Roblox is between ages 6 and 7. Ofcourse! It is advisable to monitor kids when they are on devices. It will also let you know which of the Roblox games they like since there are so many to choose from.

Now that I’ve shared with you how to play Roblox, is this a game you’re going to give a try, would you let your kids try playing Roblox or do you already know what Roblox is all about? I would love to hear your thoughts about this video game. Please leave your comments below.

6 thoughts on “How do You Play Roblox plus… Roblox Free Giveaway this Month!”